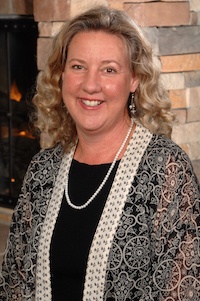 Megan CarnariusIt is interesting the long cycles and the short cycles we have in life and how they merge and interweave.When I was twenty, I spent a year traveling with my back pack in Europe. I was studying and involved with Anthroposophy, Rudolf Steiner’s worldwide network of communities working with individuals with developmental disabilities.I set out to live and work for three months in each of these communities in Norway, England, Scotland and Switzerland. I was very poor and saved every spare coin of the stipend I earned at each location. It was an amazing year with all kinds of experiences. While I was in Scotland, I was aware of another alternative community, called Findhorn. They were growing amazing plants and collecting a group of very eclectic, creative people. It was a couple hours north of where I was living but I never managed to get there because of time and money constraints. I felt a kinship to their work and it was disappointing not to visit.Fast-forward thirty-plus years. I have worked on a book for what is now the past thirteen years. I had an editor in Boulder, but our collaboration did not work out. A woman I have known for twenty five years, in a spiritual group I belong to here in Boulder suggested an editor who lives in Santa Fe. This editor read the manuscript and sent me an email letting me know “I do freelance editing for Findhorn Press in Scotland and feel strongly that this should be sent to them, it feels like something they would have in their portfolio. Would you be interested in sending it, to see if they might pick it up and be the publisher?” That was certainly a goose bump moment.Long story shortened: Findhorn is the publisher of my first book, copies to arrive in the States in April. The Title is: A Deeper Perspective on Alzheimer’s and other Dementias: Practical Tools with Spiritual Insights.I have worked for twenty five years specializing in memory care – creating environments, providing education and training, managing and operating these settings and working with elders, families and staff. I love this field of work and hope to shed some light on more aspects of this challenging process which can help us all see the fall-out blessings, the graces, the positive learning experiences that can shine through in something we tend to think of negatively. We are whole spirits, no matter what illness may have settled on our “package” and the brain is part of the package too. Sometimes we need to be reminded we are on a journey and an illness does not define who we truly are. To celebrate, I decided “to ramble, to go a-wandering” in Scotland. I invited my older sister, Cathy, to join me. She and I are both working hard to get in shape because we are doing 65-mile walks in six days from an inland area to a coastal region of Northeast Scotland. On the third day of the walk, we ramble right into the little town of Findhorn and will be able to have lunch with everyone there who worked on the book. It’s so exciting to think of being outdoors, taking in all the sensory impressions. To walk there all these years after being thwarted when it truly was not the time to be there, and now arriving at a completely different time in my life, in such a splendid way!For more information about the book go to MeganCarnarius.com or pre-order on Amazon.com.

Mullach Clach a Bhlair from Glen Feshie, by Gary Crawford Related PostsPortrait of an Eden Registered Home: Providence Horizon HouseProvidence Horizon House, Anchorage, Alaska Providence Horizon House in Anchorage, Alaska, renewed their Eden Registry status on April 20, 2011. This home provides assistance to elders living in apartments or one of two cottages for people with Alzheimer’s disease or other memory disorders. Providence Horizon House is home to 85 people.…Building a Dementia-Friendly MovementLeading the nation in the creation and proliferation of dementia-friendly communities is quite a responsibility to bear, but the Land of 10,000 Lakes has made it look somewhat easy with the implementation of more than 43 such communities in the span of just four years.Book Review: Aging Together – Dementia, Friendship and Flourishing CommunitiesBooks on dementia are usually addressed not to friends but to family caregivers or professionals. I approached this book with excitement because we rarely see the words “dementia,” “friendship” and “communities” together.TweetShareShareEmail0 SharesTags: Alzheimers Dementia